If you’re one of the 80% of organizations that deprioritize cyber security, you likely have your reasons, such as:

These misconceptions can create significant deficiencies when combating cyber threats. The truth is, security has to matter for every cloud-ready organization for three reasons:

Assess your Security and Compliance

The True Cost of a Breach

More than 1.3 billion records were breached last year. That’s 44 breached records every second –  up 84% since 2015. Healthcare and financial services were the most targeted, but every industry was affected, with technology, retail, government, and education organizations breached in 2016.

The true cost of a cyber breach is enormous. Data breaches not only put your customer’s information at risk, but they can damage your reputation. And, on top of lost revenue, there’s also insurance payouts ($3 million average), crisis services ($375K average), legal settlements ($815K average) and regulatory fines (two telecom carriers were fined by the FCC for $10 million in 2014).

So, it’s not a matter of IF a threat actor will target your network it’s a matter of WHEN. And, if they overcome your defenses, it becomes a race against time to limit the damage. Investing in your cloud security helps lower the chance of compromise and ensure that successful attacks are remediated quickly.

Take the first step toward prioritizing cloud security with the Armor Advisor tool. In 30 seconds, you’ll know the right security solution for your cloud.

Your Cloud Services Provider Won’t Do It For You

It’s a common misconception that your cloud provider secures your data. While some providers offer security tools, the fact is, you’re responsible for everything operating on their cloud, such as data workloads and applications.

Your cloud provider is only responsible for securing the infrastructure powering your cloud, such as the data center, physical servers and cloud management platforms.

Armor Anywhere was developed to lower the burden of shared responsibility in any cloud, including public, private or hybrid environments. It easily integrates on top of your cloud-hosted data workloads and applications to provide a perfect balance of security, cost-effectiveness and cloud accessibility. 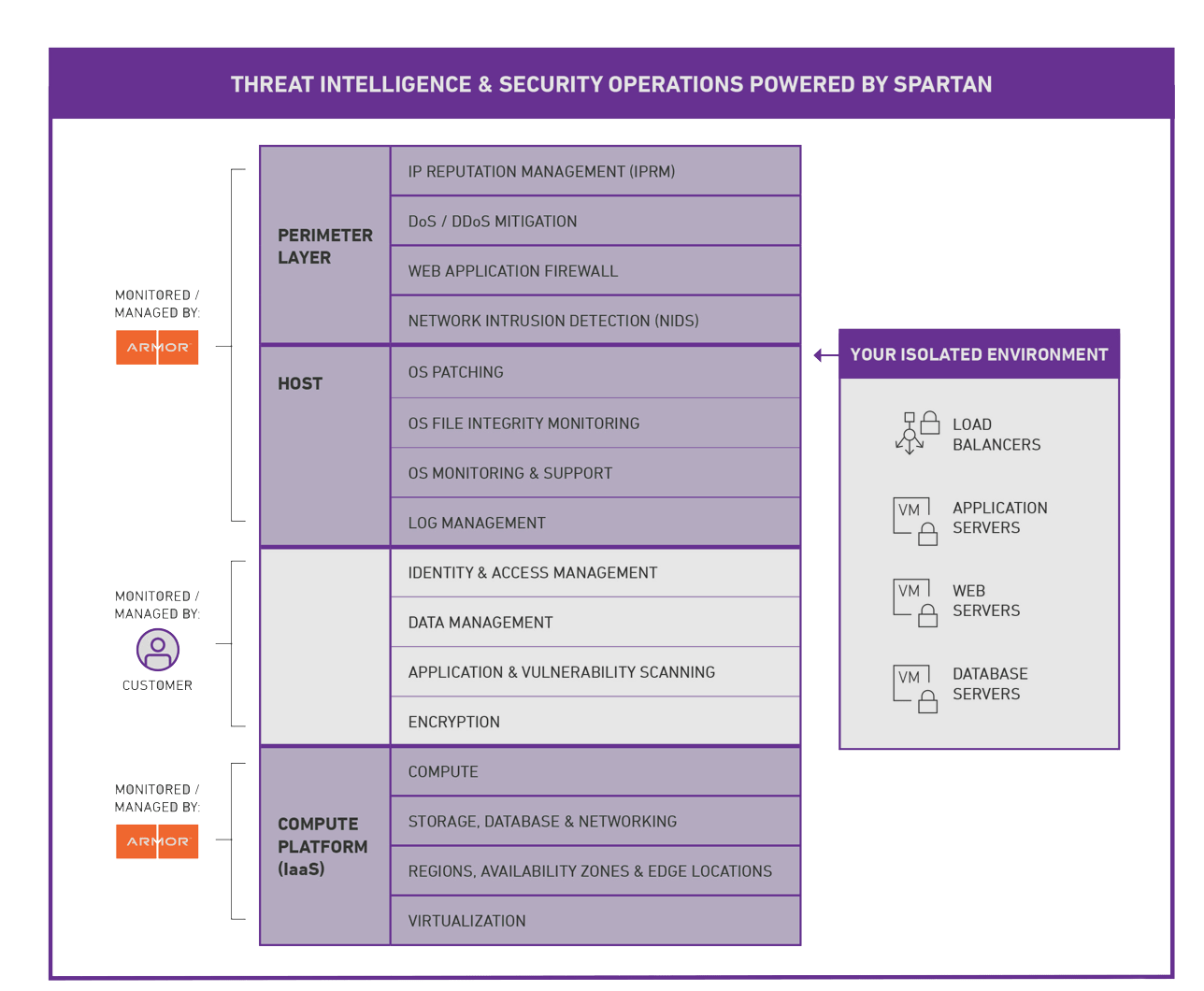 Why compliance is an outcome of security, not the driver of it

There’s no doubt that compliance is important. However, it’s only one outcome of cloud security and shouldn’t be mistaken as its driver. Compliance standards are static and don’t evolve as rapidly as cyber threats. So, instead of providing a comprehensive layer of protection, compliance essentially becomes the lowest common denominator of security requirements for cloud-ready organizations. The 2013 Target Corp. breach is a clear example of this challenge as they were declared PCI-compliant just two months prior to the breach.

Don’t make life easier for threat actors. The goal of every cloud security program should be achieving the highest level of reliable protection, instead of stopping your pursuit of security at HIPAA or PCI compliance in the cloud. Compliance should be the outcome of security, not its driver.

‘But I Was Compliant’

No business should ever find themselves saying, “but I was compliant” after a data breach. Go beyond regulatory compliance for optimal cyber security.

Answer a few questions to get a price and solution estimate based on your needs.