Wednesday’s disclosure from Yahoo regarding a breach of epic scale involving one billion user accounts is having a ripple effect across the spectrum. From individuals, whose accounts have been compromised, to the potential implications for the pending acquisition by Verizon, the incident is far-reaching and historic.

While the scale of the data breach here is breathtaking, it will most likely not cause the tremendous economic impact of other large breaches such as the well-publicized Target incident.  If Yahoo has closed the vulnerability that allowed the threat actors to steal user data, this global-forced password change will limit the fallout and the threat of unauthorized access to accounts.

However, one way the data will likely be leveraged in the future will be for sending targeted spear phishing emails to Yahoo account holders or spoofing the compromised addresses to obtain the “from” address to deceive someone into opening a malicious message.  Further, if any metadata was breached on the account, e.g. names, other email addresses or security question answers, the threat actors could use that information to breach other accounts.

Users should immediately take steps to update their account access information and practice extreme caution for incoming malicious emails that could infect or compromise their computer.  This is the case for individuals and businesses alike.

Beyond the practical aspect of email account compromise, Yahoo has a much larger issue to address.  With news Thursday of significant stock price decline amid concerns that the Verizon deal could be compromised, the long-term ramifications run much deeper.

This entire incident reinforces the significance for a complete understanding of a prospective company’s IT infrastructure and its cybersecurity posture prior to engaging in an M&A. When the first incident was revealed, because of its sheer magnitude, I considered the worst to be over. Unfortunately, this doesn’t appear to be the case.

But, seems to be a systematic issue that should put M&A teams on notice.  After all, Yahoo is a major enterprise with vast resources. Their victimization suggests that any company can be susceptible regardless of the size or scope of the organization

Hyper due diligence is absolutely essential to keep IT infrastructure safe for running normal businesses operations, but when an M&A is involved the stakes are even greater.  If anything, this series of breaches should convince corporate decision makers and stakeholders that cybersecurity must be treated as a proactive operational expense and investments made accordingly.  The current and future costs are far too great.

Thinking about moving to the cloud? You’re not alone. By 2022, according to Gartner, the cloud will reach the dominance phase of the digital disruption scale—that is, adoption by most enterprises. The cloud will affect not only technology but whole industries, business, and society itself. That transformation has already started. RightScale’s State of the Cloud […] 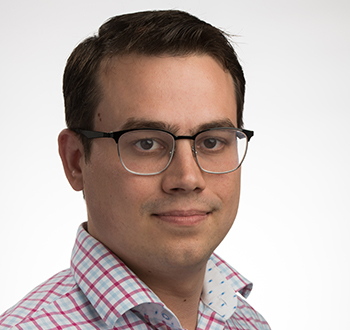 With 10 years of experience, Ryan Smith serves as VP of Product at Armor; he is passionate about telling stories about how companies are achieving security and compliance in the cloud. Ryan regularly speaks nationwide at conferences, user groups, and special events on the topics of cloud security, compliance – PCI, HIPAA, and GDPR, and developing secure cloud architectures. Previously, he served as Director of Product Marketing and Sr. Product Manager focused on bringing Armor Anywhere (a managed, scalable security solution that protect virtual machine instances hosted on public, private, hybrid or on-premise cloud environments) and its future iterations to market; he also has been an integral part of developing Armor’s compliance matrix mappings and the industry defining cloud adoption framework for HIPAA compliance. At prior companies, he served as the Founder, Head of Product or Marketing Manager for various SaaS businesses. Ryan holds a PhD in Mass Media and Communication Studies from European Graduate School.

This list includes individual hackers like Gary McKinnon and groups including Sandworm, Fin7, and the Shadowbrokers. Is there someone they missed? #hackers #cybersecurity @forbes @happygeek https://www.forbes.com/sites/daveywinder/2020/02/10/ranked-the-worlds-20-greatest-hackers/#16978d2b10ce

Today’s the day! Register for our #CCPA webinar at 1 pm ET to join Mike Annand, Dir. of Customer Compliance, and Carlin Dornbusch, CSSIP, as they discuss the challenges the new legislation will present. #cybersecurity @AmericanCSM https://www.armor.com/webinars/preparing-ccpa-compliance/