One of the larger unintended consequences of the rapid growth of cloud computing is the resurgence of shadow IT. As a term, shadow IT refers to the use of IT solutions and resources that have not been approved by the IT department.

On one hand, such processes have proven to be a source of innovation for organizations – enabling their business units to rapidly deploy new technologies to increase revenue/profit margin. However, on the other hand, shadow IT can pose increased security risks and, in cases where it duplicates other functionality, lead to inefficient and redundant processes/tools across an organization as a whole.

Saying “yes” to shadow IT

What is the correct response to the use of Shadow IT solutions by an organization’s employees?

Rather than simply forbidding such activity, a better approach may be to capitalize on the phenomenon by integrating effective shadow IT processes into your operations to create a hybrid IT model. Given the prevalence of such behavior, and the difficulty of stamping it out entirely, taking an inclusive approach allows an enterprise to bring into the fold those processes which can accelerate innovation while, at the same time, maintain high security standards.

This last consideration is by no means insignificant. The use of hybrid cloud systems, increasingly common among both large and small enterprises, can provide a company with enormous advantages from the standpoint of operating efficiencies; however, it can also result in increased security vulnerabilities if a company’s employees are using solutions that aren’t covered by its security processes.

By integrating shadow IT solutions that have proven their worth into its IT security processes, an organization can attain the best of both worlds: enhanced innovation from decentralized business unit IT efforts and improved security by bringing previously unprotected technologies and processes under the aegis of the organization’s security umbrella.

To effectively embrace the use of shadow IT, organizations should inform employees and business units that their input into IT processes is valued. If they’ve discovered a better way to do something your corporate culture should make them feel empowered to share it with the relevant parties. At the same time, instead of spending valuable resources and time on trying to stamp out shadow IT operations the organization’s IT leadership should focus on providing solutions that enable rapid innovation while also meeting corporate IT operational processes and security needs.

Of course, actually implementing these practices won’t just be as simple as saying “yes,” but it will start your organization on a path of finding efficiencies from unlikely sources.

Part II: The Real Cost of Shadow IT

It seems the verdict is still out when it comes to whether companies should embrace or brace for shadow IT. While some CIOs look at the additional software, systems, or services that run in conjunction with the established enterprise systems as a competitive advantage, products that share information with one another can often lead to […] 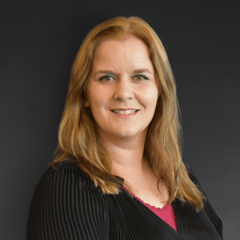