On Cloud Nine: The Past, Present & Future of Cloud Computing

It took 100+ years from the time the first computer was born, to the delivery of computing services over the Internet; a business model beautifully conceptualized as “the cloud.”

While the earliest computers were invented back in the 1800s to crunch numbers using punch cards, the invention of the modern-day computer is generally attributed to J.V. Atanasoff and Clifford Berry, who in 1941 developed the first device able to calculate multiple numeric equations simultaneously and store the data on its own internal memory system.

It wasn’t until the 1950s that mainframes were born, introducing the notion of shared, centralized computing and storage resources. In the 2000s the delivery of computing services occurred over the Internet, including servers, storage, databases, networking, software, analytics and more (“the cloud”).

More than just a data storage solution, the cloud enables the streamlined development of new applications and services, the hosting of websites and blogs, audio and video streaming, delivery of software on-demand, and data-pattern analysis for security and predictions. While some enterprises continue to resist cloud computing due to a fear of abdicating control of their technology assets, there are many reasons why the cloud is a paradigm that’s here to stay.

Modern cloud computing services fall into three broad categories: infrastructure-as-a-service (IaaS), platform-as-a-service (PaaS), and software-as-a-service (SaaS). These are often referred to as the cloud computing stack, as they build on top of one another. IaaS allows customers to rent IT infrastructure—servers and virtual machines (VMs), storage, networks, operating systems—from a cloud provider on a pay-as-you-go basis. PaaS provides an on-demand environment for developing, testing, delivering and managing software applications, enabling developers to quickly create web or mobile apps without worrying about setting up or managing the infrastructure of servers, storage, network and databases. SaaS delivers software applications over the Internet on-demand, typically on a subscription basis. Cloud providers host and manage the software applications and handle maintenance tasks, like software upgrades and security patching. Users connect to the software applications over the Internet, usually with a web browser, on a phone, tablet or PC.

In addition, there are three different ways to deploy cloud computing resources: public cloud, private cloud and hybrid cloud. Public clouds are owned and operated by a third-party. All hardware, software, and other supporting infrastructure is owned and managed by the cloud provider, and customers access these services using a web browser. A private cloud is used exclusively by a single business or organization using its own private network. Private clouds can be physically located on the company’s on-premise data center or hosted by a third-party service provider. Hybrid clouds combine public and private clouds, bound together by technology that allows data and applications to be shared between them, which gives organizations greater flexibility and more deployment options.

Perhaps the biggest advantage of using the cloud is cost. Cloud computing eliminates the capital expense of buying hardware and software and setting up and running on-premises data centers—the racks of servers, round-the-clock electricity for power and cooling, IT experts managing the infrastructure, etc.

A close second benefit of cloud is its speed. Most cloud computing services are provided on-demand, so even vast amounts of computing resources can be provisioned in minutes, typically with just a few mouse clicks.

Cloud computing services also allow organizations to scale their IT resources elastically, implementing more or less computing power, storage, bandwidth and other resources as they’re needed – even into individual geographic locations. Plus, cloud computing eliminates the need for time-consuming technology-management chores, such as hardware set up and software patching, effectively freeing up IT teams to focus on other important business endeavors.

Importantly, today’s biggest cloud computing services run on a worldwide network of secure, redundant data centers that are regularly upgraded to the latest generation of fast and efficient computing hardware – all of which translates into assured business continuity, higher system performance, reliable data backup and faster disaster recovery for customers.

As more businesses move to the cloud – and store more sensitive data within it – the issue of security is reemerging as a topic of conversation. Since major cloud vendors have done a good job of ensuring that their infrastructure is protected, “security” no longer ranks among the top three concerns of cloud users in most polls. What most cloud users forget, however, is that while cloud providers are responsible for safeguarding the data environment, companies themselves need to implement and enforce protocols to protect the data housed within the cloud and control access by individuals to that data.

Containerization is one security solution gaining traction. Containers deploy and run individual applications or resources that would otherwise be shared, within separate, self-contained environments, effectively isolating processes, memory and data.

A new generation of cloud computing is also emerging: the “single-use” cloud that’s dedicated to just one need of an enterprise, such as compliance, custom apps, machine learning, etc. Beyond providing optimized focus on a single business aspect, single-use clouds can also serve as a buffer and a foil against cyber threats and breaches by eliminating the vulnerability of “one throat to choke.”

The need for stringent data hygiene is also being recognized, especially as new features and functionalities are misconfigured during their implementation into existing applications. Gartner estimates that by 2020, 80% of cloud breaches will be due to customer misconfiguration. By attending to a cloud infrastructure with the same diligence they would devote to on-premise IT, companies can go a long way toward avoiding this threat.

Artificial intelligence (AI) and machine learning are being increasingly employed to not only help companies get to market faster with competitive new offerings or business practices, but also find new solutions to existing problems, optimize their technology resources and enhance security by tracking and analyzing user behaviors. AI is uniquely capable of making sense of the huge amount of data that exists. Companies with the wherewithal to employ it can scale incredibly quickly. However, due to the immense bandwidth and computing power required, it’s simply not an option for most organizations without the cloud.

Known for his works of science fiction and popular science, American writer Isaac Asimov once said, “I do not fear computers. I fear the lack of them.” The same could be said about the cloud.

The acceleration of service releases from Amazon Web Services, Microsoft, Google and other major cloud providers have many businesses thinking that jumping on board the cloud is essential if they don’t want to be left behind. We saw it before when companies failed to adopt the Web during its rise. They ended up playing catch up later – if, that is, their delay didn’t put them out of business altogether.

If you believe you’re missing out on the value of cloud computing, you probably are. Organizations that adopt and use the cloud for strategic purposes, such as the ability to change the business on a dime to follow market changes, have a much better chance to compete – and win.

By 2021 cybercrime is estimated to cost the world $6 trillion annually. As cyberattacks are the third highest risk to companies globally, it’s irresponsible for executives to sit idly by assuming they’re not on a threat actor’s radar. Although this is still the attitude of many C-Suite members, more and more decision makers and IT professionals are beginning to understand the severity […] 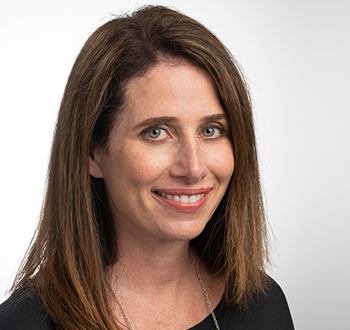 Diana Massaro, who wields a healthy affinity for data and metrics-based strategy, leads Armor’s dynamic marketing team. With more than 24 years’ experience of delivering positivity, vision and management leadership to the private sector, her skills scale across a variety of disciplines, including large enterprise software and high-volume transaction models. Her previous roles have included: CEO & VP Marketing at Prodagio Software, VP of Marketing at Idera Software, VP of Marketing and Product Management at Datacert.

The #CCPA is a big change in how personal data in the U.S. is used and secured online. Tomorrow at 1 pm ET Mike Annand, Dir. of Customer Compliance, and Carlin Dornbusch, CSSIP, address the ramifications of the #CCPA to businesses. @AmericanCSM https://www.armor.com/webinars/preparing-ccpa-compliance/